Year 2019 was above average in terms of number of wildfires in Europe. In Southeast Europe, many fires ignited at the end of October after a longer period of dry and warm weather. Several bigger forest fires started to burn in the mountainous and hilly regions of south Serbia along the border with Bulgaria and North Macedonia. Numerous fires were also burning in the agriculturally very important region of Vojvodina in north Serbia due to mostly crop residuals burning. Daily mapping of fire risk over Southern Europe as based on the LSA SAF Fire Risk Map product (FRM, LSA-504) is depicted in Fig. 1. FRM combines meteorological information with vegetation characteristics and satellite observations of active fires to produce fire risk maps for Southern Europe. It displays high fire risk over many parts of Southeast Europe for the end of October. 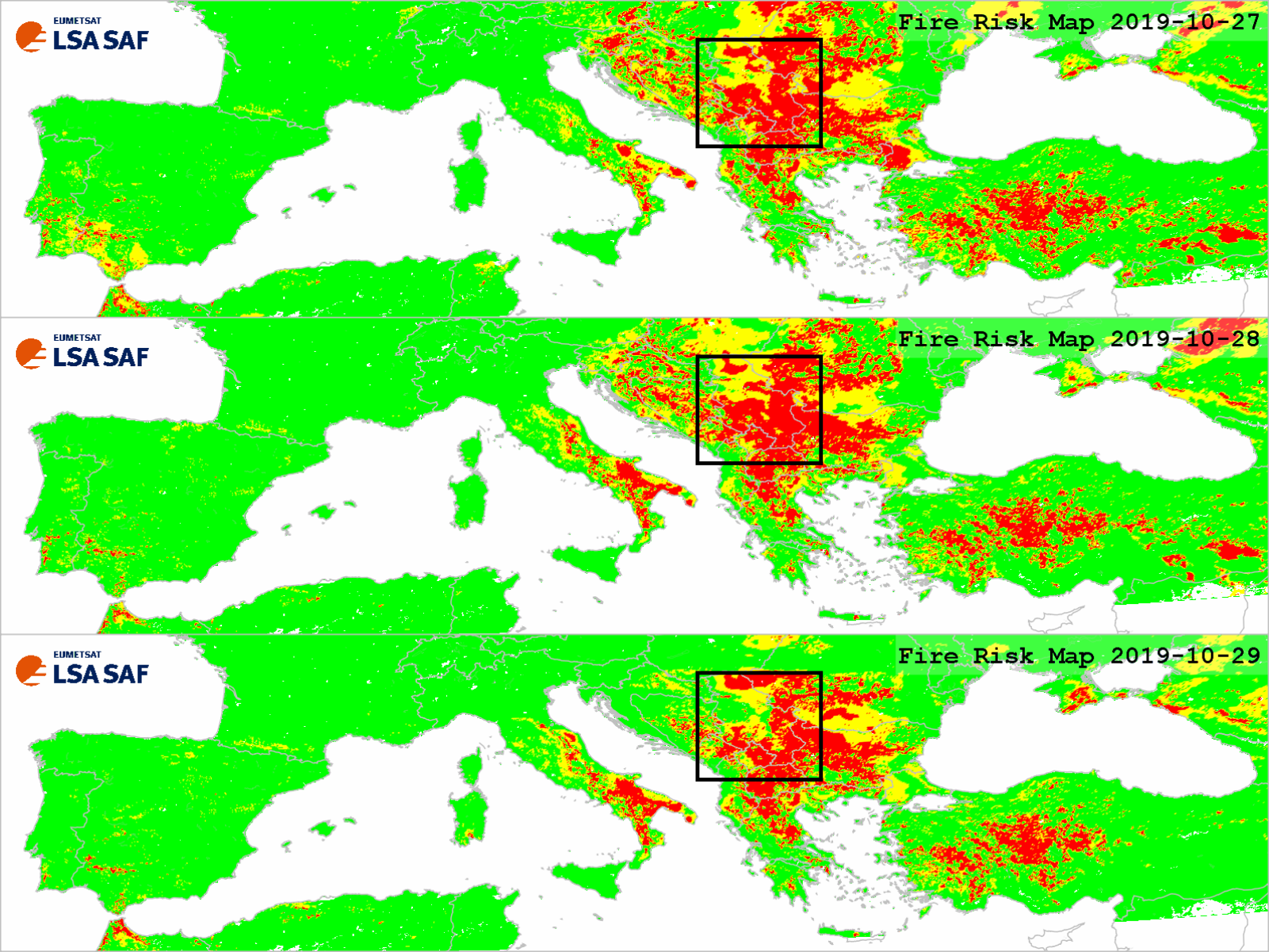 Figure 1 - Daily fire risk classes for Mediterranean Europe at the end of October from the FRM product. Green, yellow and red correspond to low, moderate and high risk of fire. Parts of Southeast Europe with high fire risk are framed by the black square.

Figure 2 - Fire pixels (FRP Pixel product) in Serbia for the end of October are displayed. Fires are shown in red; cloudy and unclassified satellite pixels are indicated in the shades of light grey.

LSA SAF Fire Radiative Power product (FRP Pixel, LSA-502) makes possible the detection of fire pixels in addition to an assessment of fire radiative power from the MSG satellite measurements. Fire pixels for the end of October in the western Balkans region are illustrated in Fig. 2. The fires in north Serbia occurred in daytime because of agricultural activities. In the south of the country, forest fires ignited in favourable fire conditions on 27 October 2019 and were burning for days. The biggest fire raged over the hard-to-access terrain of the Balkan mountain range on the Bulgarian and Serbian border. In future, the next generation of EUMETSAT’s geostationary satellites with its improvements in spatial and temporal resolution will enable the detection of even smaller active fires.