Fig. 1: Nighttime minimum surface temperature derived from LSA SAF LST data over Europe with a zoom over Slovenia. To capture the nighttime minimum, we used periods of 24 hours starting from 12 UTC, as indicated on the lower right corner.

The mild early days of April 2021 were interrupted by a polar air mass that spread in a strong jet stream from Northern to Central Europe on Monday 5th of April 2021, reached Slovenia on Tuesday 6th of April 2021 and then passed the Balkan, moving towards Greece and Turkey. After the cold front passed Europe, an anticyclone formed on the 6th of April 2021. The clear skies in combination with the dry arctic air mass and fresh snow on the ground caused the morning of April 7th to be the coldest day of April in many parts of Slovenia in the last 60 years. The lowest temperature measured was -20.6 °C at the location Bloke, Nova vas, Slovenia (source: ARSO).

February 2021 was warmer than average in some parts of Europe - for instance in Slovenia it was 3.4 °C warmer than the 30-year average, which caused plants to start growing 10 days earlier than they normally would. In latter growing stages, i.e. pheno phases, plants get more vulnerable to low temperatures. Additionally, longer exposure to cold can cause more harm to plants. In assessing regional effects of frost, satellite derived land surface temperature LSA SAF LST (LSA-001/004), available every 15 minutes, is very useful. Minimum of night-time land surface temperature is presented in Fig. 1 over Europe with a zoom over Slovenia.

Substantially lower minimum surface temperatures in the areas north of the Alps compared to warm areas south of the Alps can be well observed on April 6th. Next day, below zero values were observed in large parts of Europe, especially East Europe and the Balkan region. Later, temperatures gradually rise above 0 °C. Duration of frost exposure below a certain temperature (threshold) can be a good indicator of frost severity.

In Fig. 2 we present the number of hours LST was below 0 °C. It indicates that most of Slovenia experienced prolonged periods (about 10 hours) of sub-zero temperatures and somehow less (up to 2 hours) in the coastal areas. While interpreting Fig. 2 one needs to be aware that it is a minimal number of hours presented because some cloud covered periods are not taken into account, but temperatures were very likely below zero at the time. In some snow-covered basins of South Slovenia temperature did not rise above 0 °C for almost two days, which is very unusual for this time of the year.

In-situ measurements of 2 m temperature was compared with LST in Fig. 3. Satellite estimates of ground temperature have a good match with 2 m temperatures especially on clear nights when there is no direct sun radiation. Periods with missing LST data (red dots) indicate the presence of clouds. Minimum temperatures observed at Fig. 3 are a result of ground covered with snow, radiative cooling and cold advection. This combination is most devastating for plants during springtime. 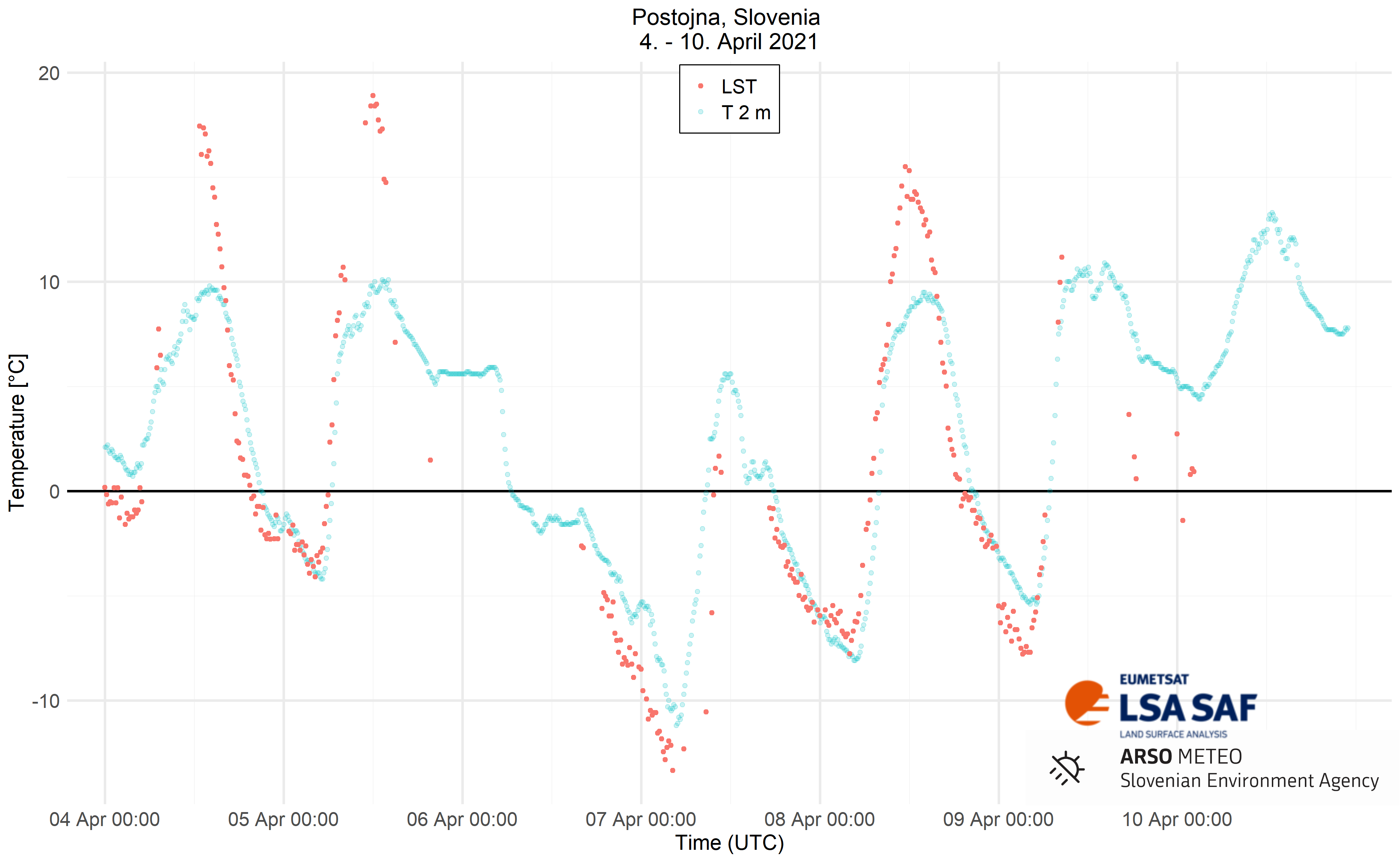 Fig. 3: Time series of LST compared to in situ 2m temperature at the Slovenian station of Postojna.

Fig. 2: Number of hours with LST below 0°C, as a measure of frost severity over Slovenia. To count the number of hours with temperature below 0 °C for each time interval, we used periods of 24 hours starting from 12 UTC, as indicated on the lower left corner.

Satellite information helps us identify frost exposure, particularly in areas with limited in-situ coverage. LSA SAF LST product proves to be useful to assess areas affected by frost according to sub-zero temperature. For further analysis of the impacts of frost, one would need to take into account phenological data based on cultivated plants in the particular area.