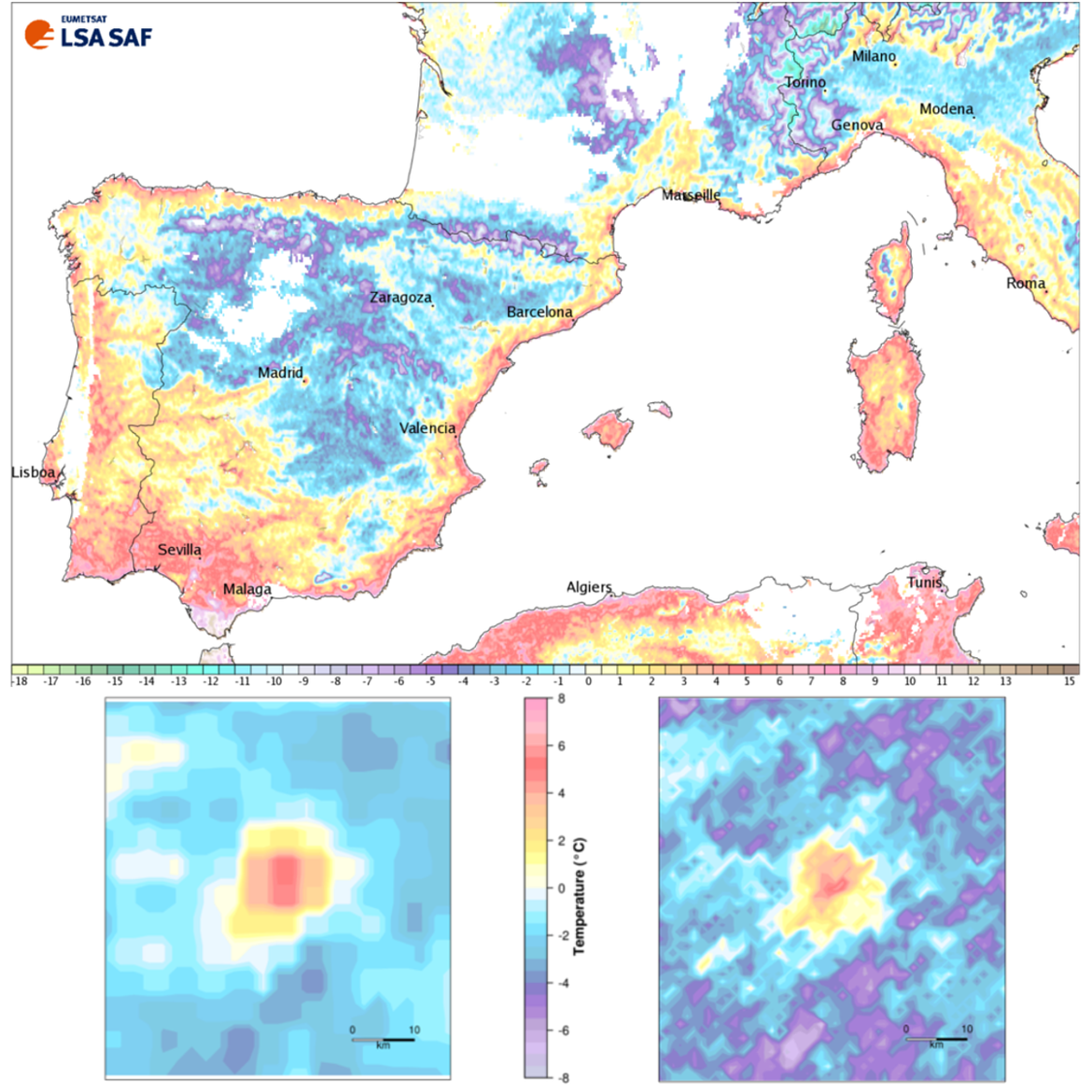 Madrid is located on the Meseta plateau in the centre of Spain and has a dry continental climate. It is one of the biggest metropolitan areas in Europe by population. Nights can get cold in winter and it has a good location to study urban heat islands because of its dry climate (cloud free conditions are necessary in order to calculate LST from measurements in infrared spectrum).

Zoom over Madrid area reveals parts of the city with higher LST (5 December 2017 20:45 UTC). The difference in LST between the centre of Madrid and areas out of city was 5-6°C (geostationary satellite MSG, left figure). METOP‘s image (right figure) displays quite a similar temperature difference between central and outlying areas although it is possible to detect more spatial details because of METOP‘s higher spatial resolution. With the next generation of EUMETSAT’s geostationary satellites one will be able to obtain METOP like spatial resolution with a high temporal frequency.