How do land and climate type as well as irrigation affect vegetation signal from space?

Fraction of vegetation cover (FVC) represents the fraction of green vegetation covering a unit area of horizontal soil. Vegetation signal from space depends on various factors, such as growing season, water availability and vegetation type. Yearly evolution of LSA SAF FVC from the Meteosat satellite (LSA-421) is displayed at two different locations (i.e., single satellite pixels): one in Hungary and another one in Greece (Figure 1). The two locations are located in different climate regions, which results in a large difference between vegetative season in Hungary and Greece. As it can be seen in Figure 1, vegetation is at its greenest in late spring and early summer in Eger, Hungary (vegetation consists of mixed land types; continental climate) while in Kalamata, Greece (olive groves; Mediterranean climate) vegetation is green in spring and brown in summer. The yearly vegetation curves are shown for 2012–2018. 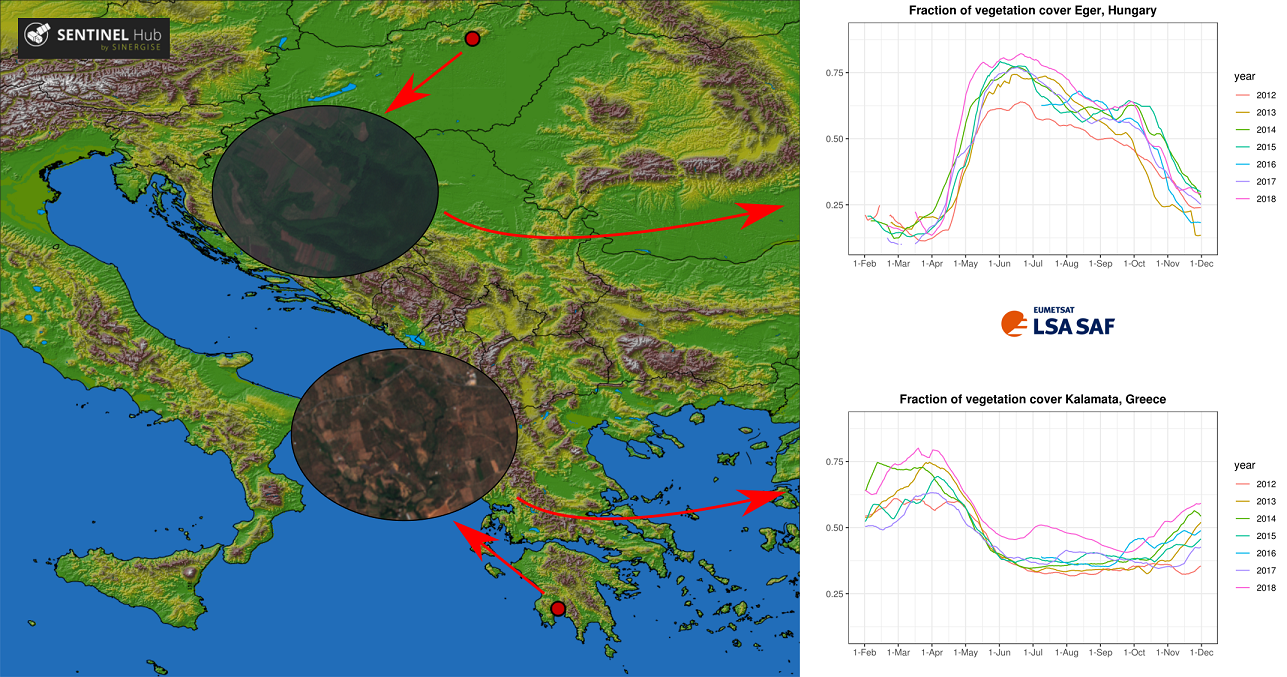 Figure 1 - FVC evolution at two locations in Hungary and Greece (indicated on the map) with different land types as can be seen from the zoomed in ESA Sentinel satellite image: mixed land types in Eger, Hungary and olive groves in Kalamata, Greece.

Figure 2 presents FVC yearly evolution at two locations in Slovenia that are close to each other and have a similar climate. There are mostly vineyards and forests in the Bizeljsko location, while crops are grown in the Murska Sobota location. Different land types cause differences in their respective satellite signals. Vegetation stays very green from late spring until the end of summer in Bizeljsko, whereas there is a peak of FVC in the late spring with decreased values of FVC later in the season in Murska Sobota. Additionally, one can spot year-to-year FVC variability, which is a function of available water in the growing season and the types of crops that are grown on the cultivated land. 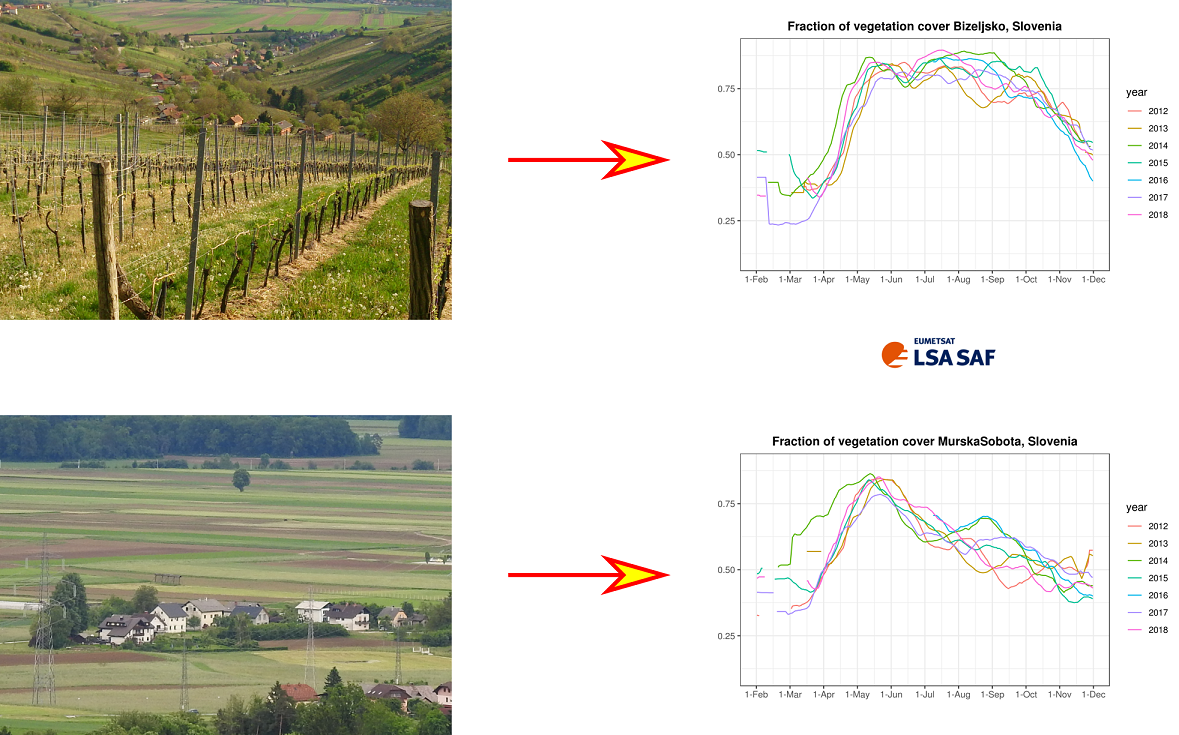 To support agriculture, irrigation is vital in providing enough water to plants in a drier and hotter climate. FVC at three irrigated locations in the year 2017 is compared: the mouth of Büyük Menderes River (Turkey; Mediterranean climate) together with the Nile Delta and the Euphrates valley in Iraq where irrigation in an otherwise very arid region developed already in the ancient times (Figure 3). Depending on the climate, water availability and the crop type, there might be more than one harvest per year (for example, this is usual in the Nile Delta). Both the Nile Delta and the Euphrates pixels display two yearly FVC maxima. The satellite vegetation signal therefore indicates that there were two harvests in 2017 at these two locations.

Figure 3 - FVC in the year 2017 at three irrigated locations: the mouth of Büyük Menderes River (Turkey), the Nile Delta (Egypt) and in the Euphrates valley (Iraq).