Volcanic Eruption on the Island of La Palma: Demonstrating the Application of the Satellite Fire Radiative Power Product

In the northwestern Canary island of La Palma, a volcanic eruption has started at the Cumbre Vieja volcano ridge on the 19th of September of 2021 after being inactive for over 50 years. It is the 8th recorded series of historical eruptions of Cumbre Vieja volcano. The volcano eruption lasted 85 days and ejected more than 107 m3 of material. Radiative power rise due to lava flow can be detected from various satellites. LSA SAF fire radiative power (FRP-PIXEL: LSA-502) product is developed to detect high radiative disturbances every 15 minutes using Meteosat satellites.

The Fire radiative power (FRP) product provides the radiative power (in MW) for SEVIRI pixels where burning has been detected. The product algorithm is based on tests that attempt to detect the type of middle infrared (MWIR) and longwave infrared (LWIR) pixel signals indicative of a sub-pixel fire event. After identifying clear-sky pixels, the algorithm detects potential fires by using spectral and spatial filtering. The thermal anomaly detection is done by comparing each selected pixel to a non-fire background window and applying a series of contextual tests. In the last step, an atmospherically corrected FRP estimate is derived for each detected fire, together with the corresponding FRP uncertainty. Further details about the algorithm are provided in the ATBD.

The FRP-PIXEL product confidently detects active fire pixels whose FRP exceeds 30 MW. That amount of power can already be released from 10-4 of the pixel size, which enables detection and monitoring of events on sub-pixel size.

Here we present Meteosat FRP and Sentinel-2 data for the same period. The great advantage of the FRP product is its very high temporal resolution (15 min) in comparison to the Sentinel-2 data (5 days), while the great advantage of Sentinel-2 data is its very high spatial resolution (10 m). The combination the information provided by both satellites can better reveal the time evolution and size of the impacted area. We used the maximum daily value of FRP-PIXEL to graphically present the period of eruptions from 10 to 15 of October of 2021 at La Palma (Fig. 1). Pixels near the crater of the volcano may also be marked (coloured) due to lava flow or hot smoke from the volcano.

Figure 1: For the period from 10 to 15 October 2021, daily maximum values of FRP-PIXEL for Cumbre Vieja volcano eruption at the island of La Palma. The colour of the pixel represents the energy released per unit of time. 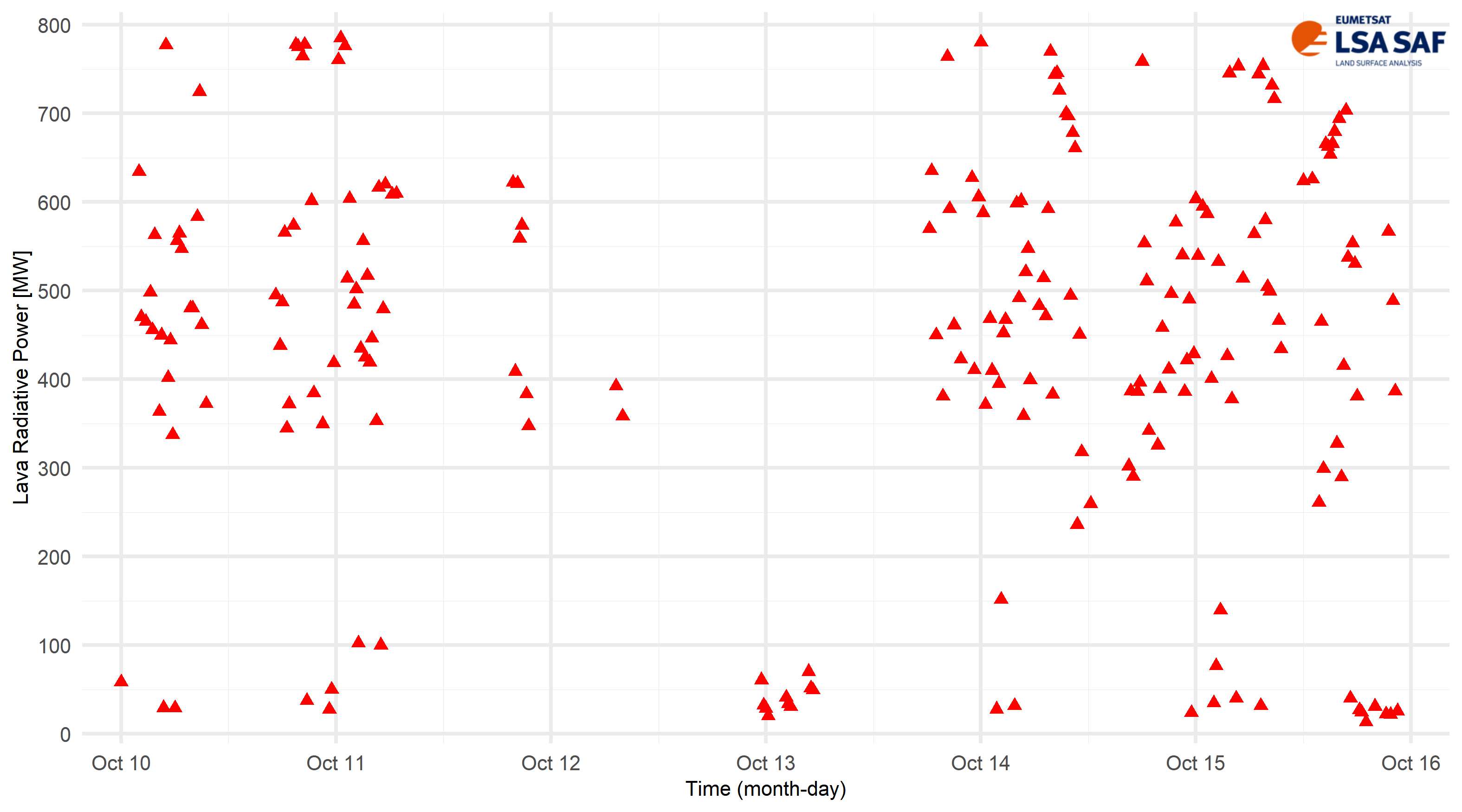 Figure 3: Time series of maximum FRP-PIXEL in the surroundings of the volcano updated every 15 minutes.

The extent of lava flow can be clearly observed from Sentinel-2 images for two days, the 10th and 15th of October of 2021 (Fig. 2). Between these two days we can estimate the intensity of the eruption through the amount of energy released as given by the FRP-PIXEL product (Fig. 1). It seems that the number of detected pixels and their estimated power in this period drops to minimum on the 12th of October of 2021 and then rises again (Fig. 1). Fig.3 shows the maximum FRP of the area surrounding the volcano at every 15 minutes. On the 12th of October of 2021 just a few potential eruptions were detected, and the power per pixel went below 100 MW at midnight of the 13th of October of 2021. Later on, the FRP in the region raised again. Some of the fire pixels in Fig. 1 and Fig. 3 could be related to lava flow or very hot ash or cloud tops. Nevertheless, the higher values in Fig. 3 are consistent with highest activity of the volcano.

The Fire Radiative Power product was developed to observe the ongoing fires in near real time. It can be used to estimate the amount of energy released during the fire and estimating the amount of burned biomass. As presented in this showcase, it is also very useful for detecting volcano activity. Here we applied it to the La Palma volcanic eruption to demonstrate detection of hot areas formed by lava flow on a daily basis as well as time series at every 15 min. As shown, combining high temporal (Meteosat) and spatial (Sentinel-2) resolution satellites can provide more information about the spatio-temporal behaviour of these events.