October 2019 among the warmest ones on record

After a very warm September, October 2019 was also significantly above average in terms of temperatures. Globally, it was among the warmest on record and the warmest one in Europe since 1981 based on ERA5 reanalyses (see Copernicus Climate Change Service/ECMWF, https://climate.copernicus.eu/surface-air-temperature-october-2019: temperatures were generally above average in Europe, particularly in the east and southeast. Below-average temperatures occurred over most of the north and northwest of the continent).

Average monthly LSA SAF LST (Land Surface Temperature) over Europe and its anomaly are depicted in Fig. 1. Average monthly (LST) was calculated over Europe from instantaneous measurements that are recorded every 15 minutes from MSG satellite in the scope of LSA SAF (LSA SAF LST, LSA-001). Daily mean was prepared from instantaneous LST measurements, which was then averaged over all the days of the month. 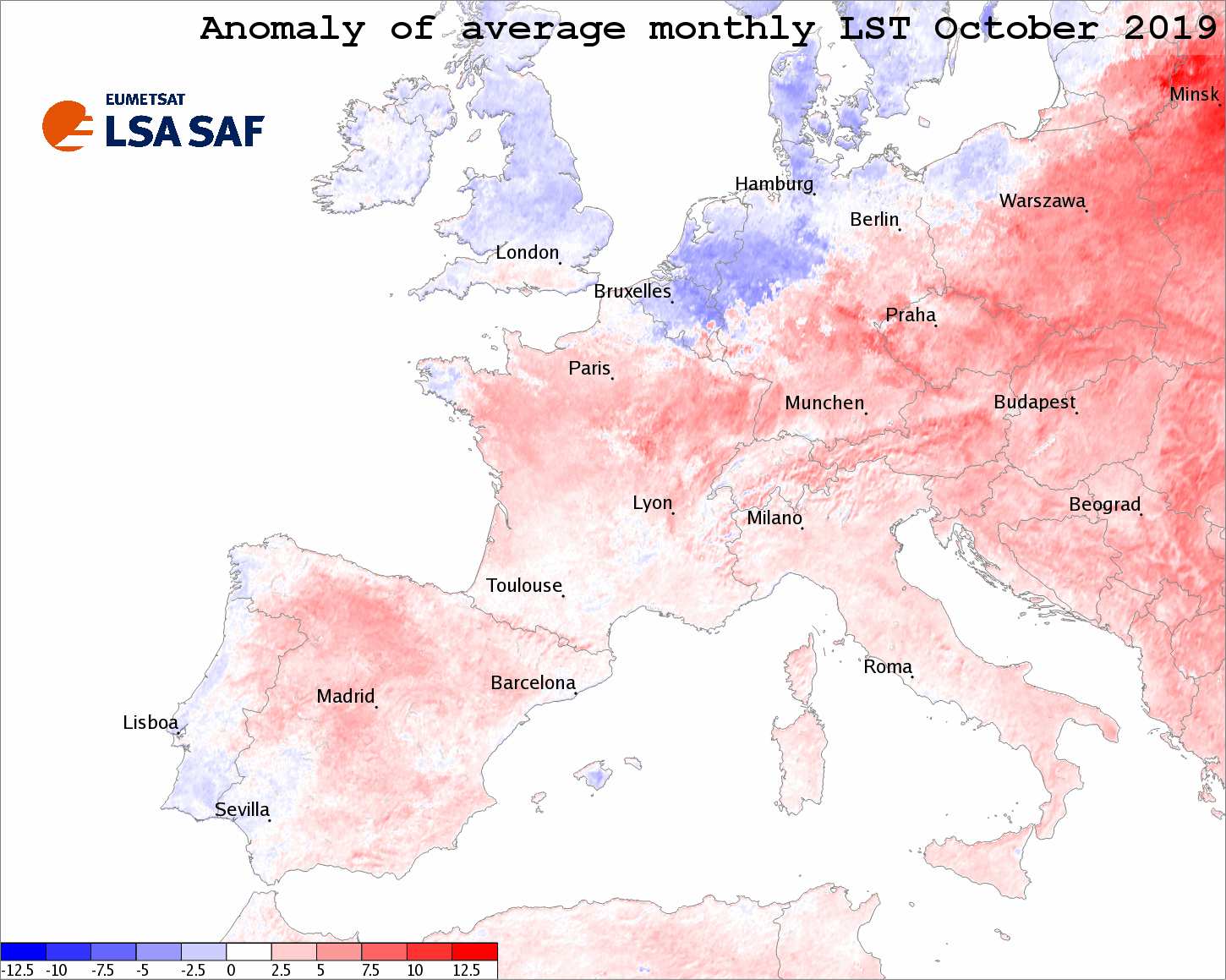 Although LSA SAF data have a different reference period and they are based on the land surface measurements rather than the modelled temperatures (as is the case with Copernicus Climate Change Service/ECMWF), the LST figure displays a very similar pattern with warm anomaly in the south and east and cold anomaly in the north. However, one should note that LST differs from air temperature observations as LST is a radiometric temperature, measured at the surface, whereas air temperature is a thermodynamic temperature taken at 2-m height. Moreover, LST is more directly affected by surface factors such as soil moisture content, vegetation cover, surface cover type, texture and roughness.

Compared to ERA5, satellite data have an advantage over areas with lower density of ground monitoring stations, while modelled data performs better over regions with persistent cloud cover (e.g., northern Europe in the cold part of the year).